The best-selling GA aircraft in the world; the Cessna 172! That’s where this book is about. What strikes you first, is that it is a small book (about 17 x 12 cm). The book is 128 pages thick and a ‘must have’ for every Cessna pilot and owner. From start to finish the book is filled with pictures of various Cessna’s. In particular it is clear how and from what other Cessna’s the 172 evolved after the second world war. 2/3rd of the booklet is about the history of the plane that includes a handy schedule and several chapters on various versions of the Cessna.

Then it is about the Cessna-factories in Kansas. In total, more than 43,000 Cessna 172’s were delivered. An incredible number. Funny detail I found on wikipedia was that from 4 December 1958 to 4 February 1959 a Cessna 172 made the longest flight ever. The plane took off from McCarran Airfield in Las Vegas and would fly for 64 days, 22 hours, 19 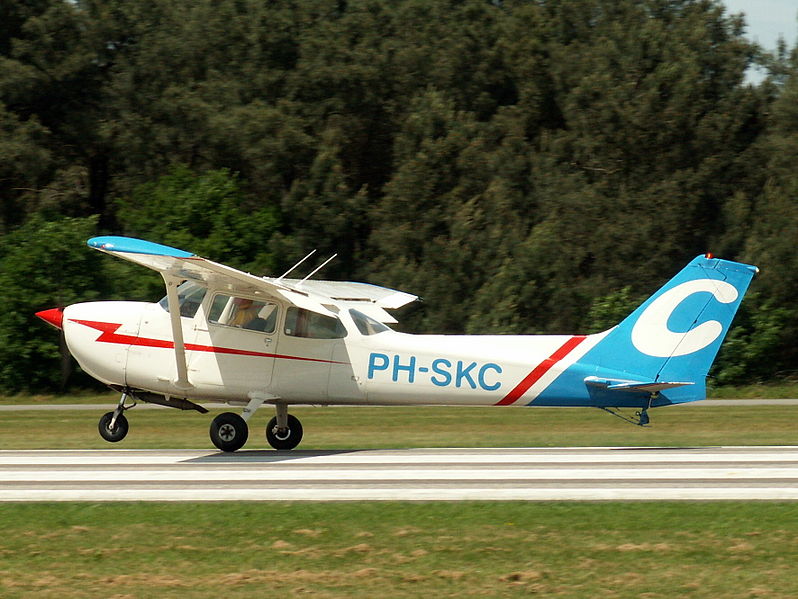 minutes and 5 seconds. In the meantime, the supply of food, water and fuel was a stunt in itself. This was delivered from a truck which was driving on a straight stretch of road through the desert where the plane was flying alongside. The plane now hangs from the ceiling of McCarran International Airport.

The book ends with chapters on flying a 172 and close ups of the plane. There are also some statistics of 172- accidents compared to accidents with other GA-aircraft. Guess what?! All in all a funny book with many facts. Not really exciting but nice to have.