From the very moment I first laid eyes on an aircraft I was hooked and have been passionate about everything to do with aviation ever since. I shall never forget seeing my first “real” airplane. It was a dark orange CP-Air DC-10. It was at Amsterdam’s Schiphol Airport. It was somewhere in the seventies, and I was 5 years old. From then on (almost) all I drew were planes and helicopters. Later on, as a young man, I had a good taste of several sporting branches of aviation, such as parachute jumping and soaring. I now fly a “Super Dimona” (made by Diamond Aircraft), which is a Touring Motor Gliding category plane. I have been doing this since 2005 and I fly out of the small Hilversum airport (EHHV) in The Netherlands.

As well as actively flying, I regularly read books about all aspects of aviation: civil and military aviation, aviation history, current aviation topics, children’s books, comics. You name it, if it has to do with aviation, I will read it! There is such a wealth of interesting information, amusing anecdotes and exciting details to be had from reading about aviation, that it makes the whole aviation experience that much more beautiful and fascinating. Often new and older books are unknown, and if you were to chance upon them on the internet or in a book shop, how would you decide whether they were worth buying or not? Where would you go for the reviews? In short: there are a great, many great books about aviation!

This internet site  seeks to be a portal for the aviation-enthusiast to all that has been put on paper about aviation. Its goal is to reveal the vast spectrum of aviation books by reviewing them. Otherwise all these passionate books would sink into oblivion, and that would be such a pity. I say; “join me and read it!”. 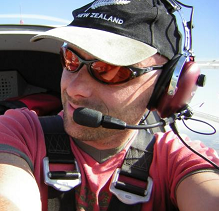