As a 7 year old boy I stood, with open mouth, watching to the first demonstration flight of Jan Flinterman in a Meteor Mk. 4 above the ice club terrain near Amsterdam, the nowadays Buitenveldert. At present, more than 50 years later, I read the from the Dutch translated book The horse of Phaëthon”, with as original title “het paard van Phaëthon”, by A. van Wijk. At that time A. van Wijk himself was a Meteor pilot and later a pilot at KLM.

The Meteor flew between 1948 and 1958 at KLu and had a bad name according to the traditions. Hundreds have been build, of which 266 flew at the KLu. More than 50 crashed and a few with a fatal ending. 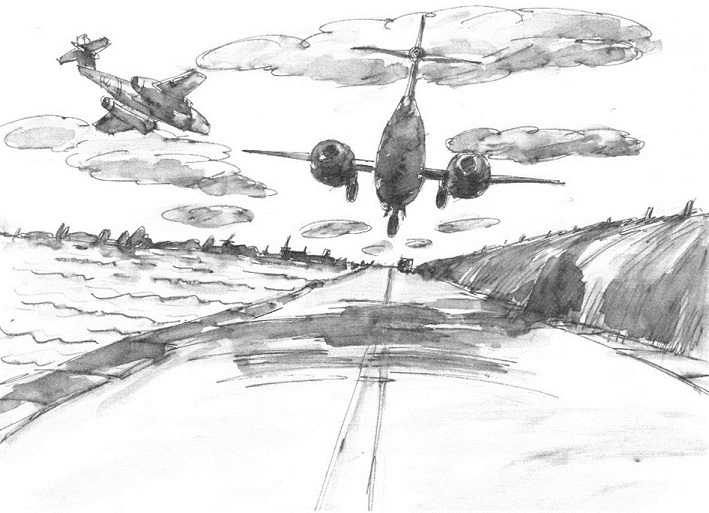 The book contains a great number of short stories of Meteor pilots, freshened up with a number of pen drawings, with all the positive and less positive sides of that time. The stories tell about the training and of course also about the operational experiences at the squadrons. What I noticed was that everyone, without exception, was enthusiastic about the flying capacities and the robust design. That even so many did crash, does have it different reasons, which are explicitly described in the book. 3 types were flying round, namely the Mk.4 with pressure cabin and without an ejection seat The Mk.7 a 2-seat type for the training, without a pressure cabin and no ejection seat and the Mk.8 with pressure cabin, more power and an ejection seat.

For the aviation enthusiast this is a beautiful book. It tells mainly about flying, but also the technical side comes forward, still written with humour. A lot of anecdotes and also exciting moments. You do need to be familiar with the usual aviation terminology, else you do miss out on a lot, especially in English. From the stories it is made clear how primitive the Air force functioned in that time. One had not really a training syllabus and besides, a part of the pilots was trained in England and a part in the Netherlands, with totally different training pathways. 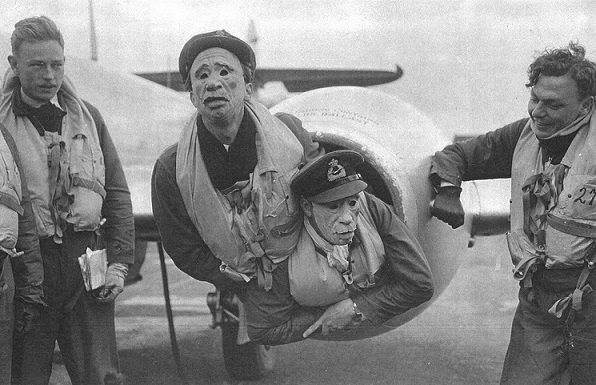 Pulse-pounding are the stories about the problems to find back the bases in bad weather (Woensdrecht, Volkel, Leeuwarden en Soesterberg and Twenthe !!) and to land safely. The meteo equipment was of course not so advanced as today and then you did not had ADF, ILS, Tacan or GPS. The Meteors did not had any navigation equipment for blind flying or for flying above the clouds, and position determination was very little by fixes or radar. Approaching procedures went through a ‘homer system’ with all its limitations. The radio often worked badly, because the Government found that the Philips radio was more suitable than the English radio that was delivered with the Meteor. So in bad weather landings were often made without 2-sided contact with the tower…unthinkable in this time!
I read the book in one go (the e-edition had 1450 pages) and do have a great admiration for the pilots out of that time. Strongly recommended for aviation amateurs who have particular interest in the first generation fighter jets at our Air force and what was playing around it.