Since the television series Ice Pilots, NWT debuted in 2008, thousands of devoted fans have tuned in weekly to watch the Buffalo Airways team keep vintage aircraft like Douglas DC-3 Dakotas, DC-4s, and Curtiss C-46 Commandos flying in Canada’s North. Viewers are equally riveted by the show’s “characters”: the McBryan family, headed by no-nonsense “Buffalo” Joe; the pilots and ground crew who have the tenacity to stick it out in this tough environment; and the many hopefuls who don’t.

In The Ice Pilots: Flying with the Mavericks of the Great White North, author Michael Vlessides captures the show’s winning formula. Like the 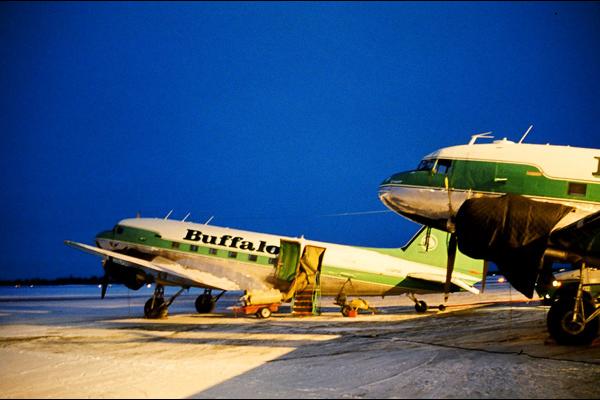 series, expect to find expletives sprinkled liberally throughout the text, often coming out of the mouth of Joe, his son Mikey, or the various pilots, engineers and rampies Vlessides interviewed while embedded at Buffalo during the summer of 2011.

Fans will also enjoy Vlessides’ detailing of Buffalo’s fire suppression work with Canadair CL-215s. As the author notes, this makes up over fifty per cent of its business but gets short shrift on the program because it takes place during the summer filming break. While the blistering cold may make for better television, aviation enthusiasts will appreciate this side of Buffalo’s operations, and Vlessides’ account of flying two CL-215’s to Turkey across the Atlantic in 2008 makes for engaging reading.

The author also spoke with Yellowknife-area bush pilots not employed by Buffalo, such as Carl Clouter, and he shines when detailing their exploits. Other northern flying legends such as Max Ward, Fred Carmichael, Lorna DeBlicquy, Willy Laserich, and Merlyn Carter, and two major stories from NWT aviation lore – Chuck McAvoy’s disappearance and Martin Hartwell’s amazing survival story – get mentions as well. 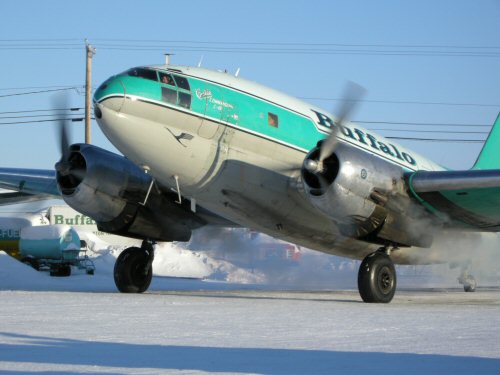 The book is meant to accompany the show, however, and so the focus is on contemporary operations and is packaged to appeal to the casual reader. Researchers will be disappointed if they go looking for any substantial history of Buffalo, Joe McBryan, or northern aviation more generally. There are no references for follow-up, no maps, and very few photos. This is not to say that Vlessides is not interested in the history. In fact, he writes that on several occasions he tried to corner Joe for information on the airline’s past. He was generally rebuffed by the busy owner who sees the show (and by extension the book) as son Mikey’s domain. Mikey, unfortunately for aviation historians, is only interested in the company’s future. Nevertheless, he is responsible for bringing the excitement and adventure of Buffalo Airways, and Canadian frontier flying more generally, to people around the world through the show. And now with the publication of The Ice Pilots, he and Vlessides have captured Buffalo’s stories and personalities in a well-written and enjoyable book.