No, no, stop! Don’t scroll down to the next review…read this one for a moment! In the past I didn’t know so well what I had to do with delta-flying. I wondered sometimes if it was

something for me, but I think I lacked courage to really hang beneath a piece of fabric and sail down. Now, years later – in the meantime owner of a brevet and regularly flying in a nice warm small airplane – comes past this book from Erik B. Kaye!

The writer flew ‘in the past’ with ‘Gangrene’. I thought, let’s Google ‘Gangrene’. Uuh, better not! You will come upon the scariest pictures of King 08004 war wounds and more of that stuff. The club from Erik B. Kaye is namely also named after an infection that in the early years occurred a lot on the battlefields…allright, now on to business!. Green packets, green deltas, hence the name ‘Gangrene’!… With ‘Gangrene’ is also straight o way everything said about the writer

, the silly jokes from the club he was part of, the life he led and the adventures that he and his friends experienced. When I live again, I will go with a time travel machine back to that time and become member of that club!

Because the green of the front page hurts your eyes a bit and also because in it there is a blue-green feather as book-marker, you do not know so well what to do with the book, to start with. At least, that happened to me. That vague feeling is however quickly gone when you are two pages further. The book breathes adventure and passion. The book contains 12 stories that are mostly a combination of flying and humour or flying and (almost) accidents!. Eric B. Kaye must have felt like an Icarus when he started w 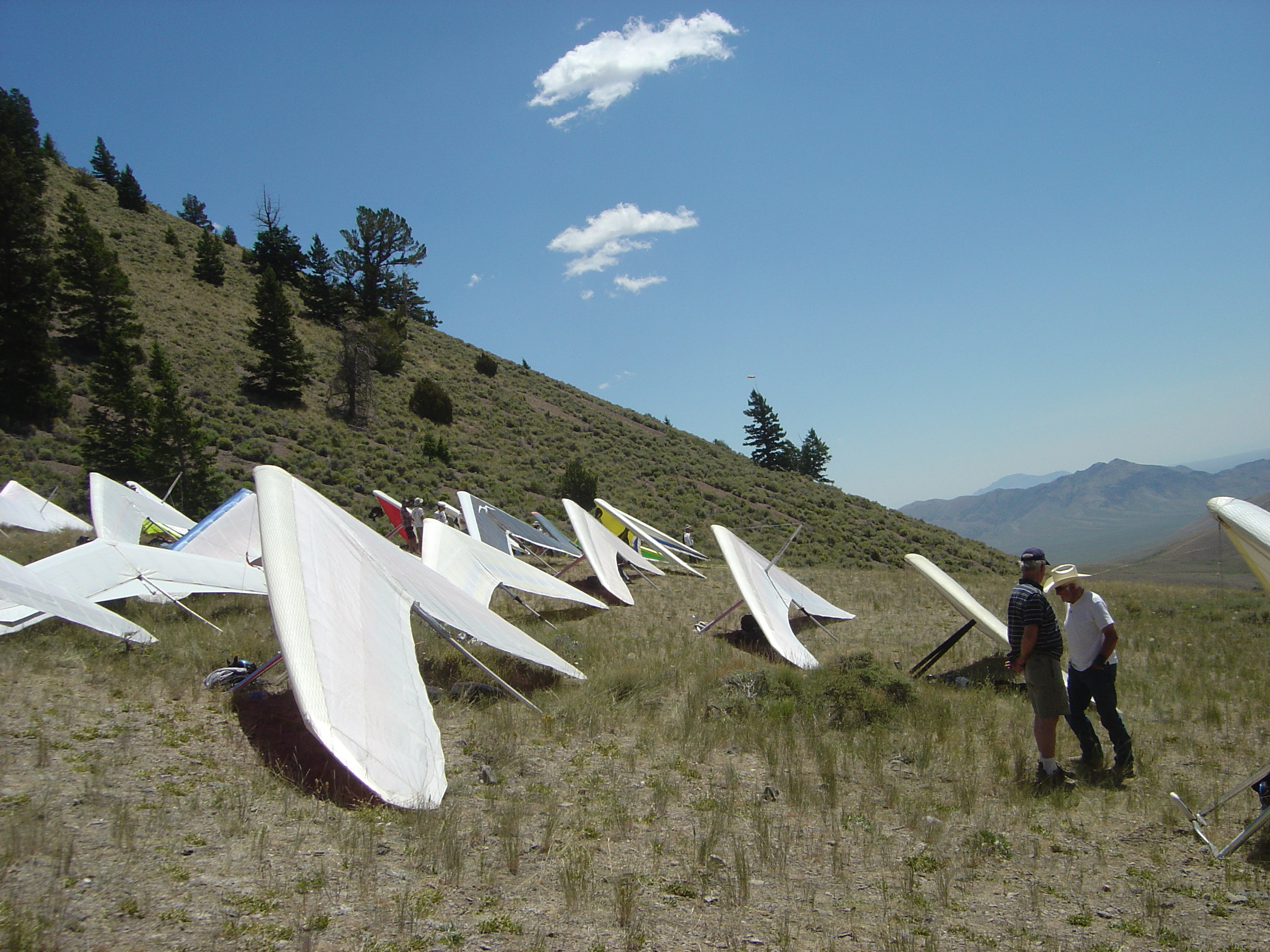 ith this sport. The urge to fly – and then preferably as primarily as possible- must have been rooted in the writer his veins as deeply as by Icarus. He is a free thinker that preferably wants to live his life 3 times at once. And that is what he is doing, according to me.

Exciting to read are the descriptions of the moments that he or other delta-flyers had to ‘run-off’ for suddenly arising heavy clouds. Being absorbed by CB clouds, flying out of them with a high speed with all the dangers of that high speed and bad visibility. Why didn’t they read the TAF or the METAR! That could have prevented a lot of accidents. The competitions that are flown go sometimes up to more than 20.000 feet and 120 miles away. Whether they are statute or nautical miles doesn’t matter that much anymore. 120 miles under a  small sail is simply far and must have delivered an enormous kick! This sport is not totally without danger. You are just at speed in the book of someone is hanging above a canyon with an emergency parachute. Not much further someone is hanging in a half burning delta in the electricity cables. Also Erik B. Kaye used to land into dangerous situations. The most impressive one I found the one in which he ended up in an extremely strong headwind, and then not above an Alpine meadow with green grass en Alpine girls, but above a little city. He crashed into a 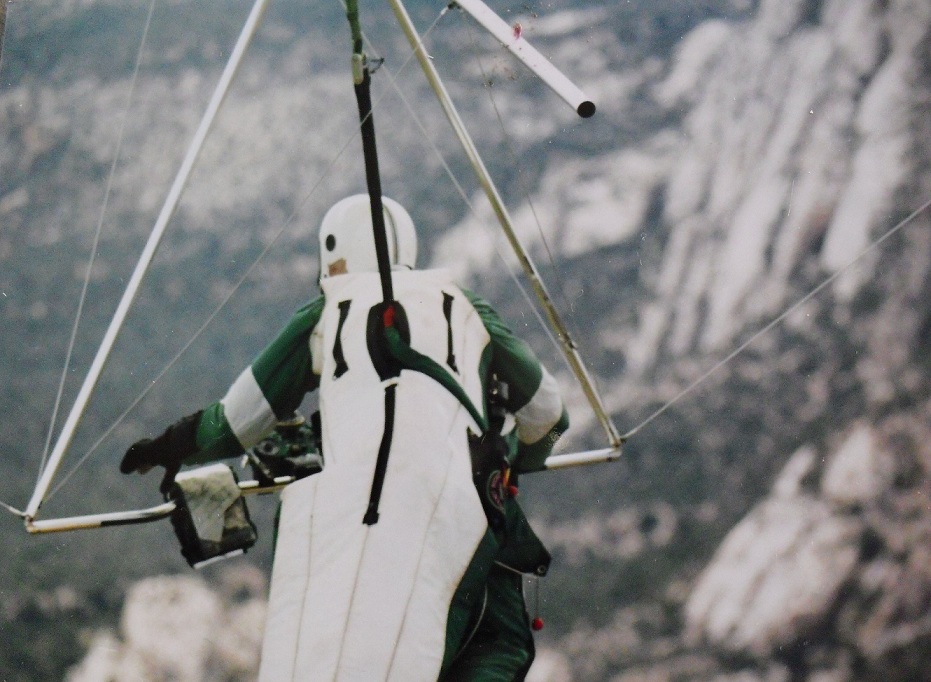 weeping willow and hurried from that spot with the car from a passer-by to the spot where he had seen another delta-flyer crash. That man did barely survive also with thanks to the writer.

Eric B. Kaye writes as he thinks and that delivered after all this rather unique book. The book reads easily and when you start in it, it is hard to put aside. I do not know the market for ‘delta-flying books’ that well, but this one should be at number ‘1’ for a while. In the top 10 of all aviation books I have not seen him, but there is where it also should be for a while. There is not a page without humour or sarcasm. Erik B. Kaye deserves in my eyes an originality price for the way in which he puts passion – and humouristicly his hobby – understatement- to paper. Absolutely beautiful is the solicitation letter at the back in the book in which someone writes that he wants to become a member of Gangrene.. The best man writes that he is also good at mixing rum with coke and ‘finding women’!.. All in all a hilarious book that I have with pleasure on my bookshelf.

p.s. Erik B. Kaye was not so fortunate in 2010 during some work on a scaffolding. A crane pushed him off and he broke his back. Wishing you well Erik and I hope that you are able to fly soon again. And otherwise come past the club and then we will fly you!