As we know from Hapia Publishing, this has also become a splendid publication. This book focusses on the state of being of the Chinese Naval army forces and her accompanying aircrafts in the year 2018.

The 96 pages counting book has a logical structure that starts with a short bit of history and future, used symbols on airplanes and the built up of the registration 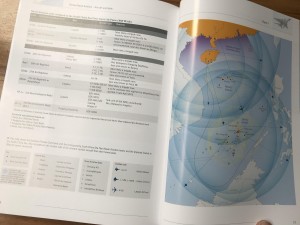 numbers. Here after it really tells about all kinds of airplanes which currently are flown, armament, training of pilots, developments on the area of aircraft carriers and the description of the various commands (i.e. headquarters and then east, south and north command). With respect to the truth of the information the author makes some restrictions because the whole naval army forces are changing and in development, plus quite some 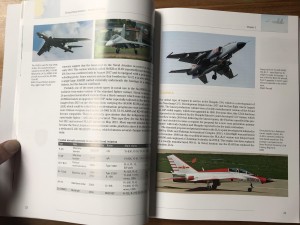 ‘fake news’ and edited pictures of the Chinese defence are going round.

In any case we can conclude that the author has used a variety of recent sources like books, fora and websites. Therefore I assume the content is true! Harpia books are for me, till now, symbol for good picture material combined with (better than) good cards and a short but powerful commentary which is certainly now also the case!
I am especially charmed of the cards. There are quite a few of them and they also function as a sort of info graphic. They show i.e. the flight range of the various airplane types from the different bases on land in context to the surrounding countries and (sprouting) islands. That gives a good view of the current situation in that region and the threats, but also the possibilities for the naval army forces with their planes. The geo-political developments and Chinese interest like the marketing routes to the Middle East and Africa also have a place in it and for me this makes it an extraordinary informative book.

All kinds of interesting details are listed like for example that the Chinese have not enough airplanes for their training, but also that at the same time they think they 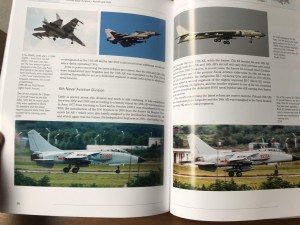 can deliver professional pilots after 7 years of flying instead of the more realistic 10 years. Training programs are cut the last couple of years. It is estimated that pilots fly approximately 125 hours per year. You can also read that it is supposed that most squadrons fly missions of 45 minutes only 3 days per week. More emphasis is now given to the making of flight plans instead of flying on the base of plans that are made by management. Personally I have not ever heard yet that at Western air forces flight and navigation plans are made by others than the crew themselves…And so I can continue with interesting facts!

All in all a great book printed on good paper with numerous colour pictures and together with the other books of Harpia is this series, as far as I am concerned, at the moment the best there is for sale. Thus a very bookshelf worthy book!