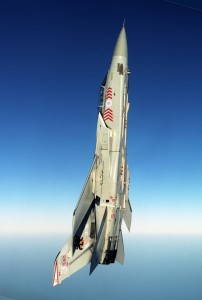 colleague René Verjans. This book describes the operational career of David Gledhill in the RAF as a navigator( wso) on the Tornado F-3. The Tornado was contentious and in the beginning his reputation with the crews flying it, was not to good.

Primary the Tornado was developed as the main air defense fighter and interceptor for the RAF and as successor of the Phantom. But the changing political climate forced the manufacturer to develop additional functions and besides the air defense role the Tornado was also introduced in the RAF as a tactical bomber, all weather fighter and photo reconnaissance plane. During his operational period the RAF developed several Tornado modifications forced also by the wars in Afghanistan and Iraq and it resulted in a much longer service time then initially was planned. The GR-1 started his operational live in 1981 and the last flight took place in march 1999. Besides the RAF it served also in the air forces of Germany, Italy and Saudi Arabia. Oman ordered the Tornado also but cancelled the order just before delivery.

David Gledhill was navigator (weapon system officer) on the Tornado and the stories he wrote about this period are very enthralling. He gave us a look behind the curtains of working in an operational RAF squadron and also of the operational activity of the Tornado in Iraq, Afghanistan, the Falklands, Bosnia and Libya. Besides that, he worked for quite some time as a staff officer at the Ministry of Defense.

Especially interesting is the paragraph describing the yearly memory flight, in honor of the Queen’s birthday that took place overhead Buckingham Palace. The enormous and prolonged preparations necessary to realize a flawless performance and besides that the many practical problems that arises  to create a big formation of fighters. Nice reading! Apparently this had an enormous impact on the squadrons operations as in nearly every book I did read about live in the RAF this episode takes an important part. Another enthralling episode is the story about the preparations and the actual implementation of a demo flight to Oman whose government showed interest in purchasing the Tornado, that took about a week.

A very complex operation involving many months of preparation and of course the actual flight to Oman with the Tornado’s in continuous in the air for more than 10 hours and involving a minutely planning of inflight fueling with RAF VC 10’s.

The author gives the reader also a nice view of his working period at the Ministry of Defense as a staff officer responsible for the implementations of important modifications as a result of the air war in the Gulf. It shows a dramatic picture of the bureaucracy versus the practice, but also how inventive an organization can be if under heavy pressure to ensure more safety for air crews.

David Gledhill was also crew member in the air wars that the RAF was involved in during the Tornado service time. In short a book that describes the many facets that involves the career of a member of an air crew flying the Tornado. Some systems in use with the Tornado squadrons are explained very detailed supported by many photographs but a very interesting chapter of this book. Per example cockpit lay-outs of the different types (with photos) and cockpit functions of pilot and navigator.

The book with hard cover and 282 pages with high quality paper and very much photo material in color and black white of which many photos from the author, is a nice completion of your book case. I join in completely with the conclusion in the review of “The Phantom in Focus” (the same author) namely one of the better books about aviation and written in a fascinating style. 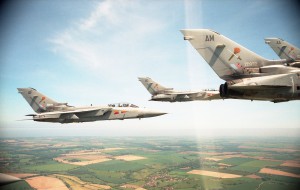