After reading ‘The Phantom in Focus’ I obviously was curious about the above stated book of this author. Curious especially about how this book from 2013 would 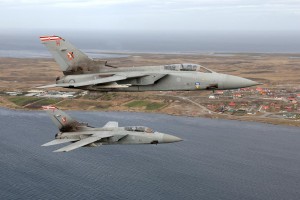 hold itself with respect to the more known, somewhat older good Falkland books ‘Vulcan 607’ and ‘Harrier over the Falklands’. Well now, this book of David Gledhill accomplishes the other books excellent and makes the story about the Falklands and the British, who defend the islands, complete.

In Fighters over the Falklands the author tells how the United Kingdom in 1982 engaged into the conflict with the Argentinians who had occupied the Falklands and everything what happened afterwards on the islands till 2013. In 2013 the majority of the almost 1.700 island inhabitants voted for – luckily for the British!- staying part of the United Kingdom. The short but violent battle in 1982 and all efforts that till than had been put in, had not been for nothing! After all, it is pretty special why a Kingdom wants to defend her cold wet feet area that far away, till the bitter end!

The first 3 chapters tell about the conflict in 1982 itself, the first Phantoms that land after that on the small quickly equipped Stanley for permanent stationing and about the actual treat of planes and rockets from Argentina. The rest of the chapters tell about how the operation looked like on RAF Stanley from 1982 till 1986 and later on the more specious arranged Mount Pleasant from 1986; low flying, collaboration with the other defence units, the local inhabitants and for a large part the wear and tear of the Quick Reaction Alert (QRA of ‘Q’). 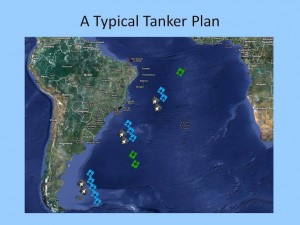 David Gledhill describes how he in 1983 shortly is dispatched to RAF Stanley and years later, at the end of his career, becomes a RAF Commander of ‘1435 Flight’, a group of 4 Tornados F3’s on the Falklands. For everyone who is interested in the daily operation and all hassle of defending an island group, this is an attractive book. It really just describes everything that belongs to the flight operation: from the overhauling and re-fuelling of the planes to and from the islands; about the maintenance of the planes, the challenge of the flying from Stanley with her short steel plated made runway with arresting gear in order to make it possible for planes to land with the hook; how the QRA-services worked; all ins and outs of low flying and the risks that come with it. The whole book is laid-out with dozens of very beautiful coloured and black and white photos.

It also contains various interesting details. It seems that the author doesn’t leave any detail unspoken for. For me a few sprang out: an accident that had taken place during maintenance of the runway at RAF Stanley, when some people got wounded after a few Sidewinder rockets accidently fired from a Harrier that had just taken off. And especially also the story of the deliverance of fresh lemons for some inhabitants inwards! Please also deliver them to me this way, I wouldn’t mind a few holes in my house for that! Or the story of a conflict between a Commander and a pilot who after re-fuelling almost caused seriously problems for a Hercules! Sincere that Gledhill every now and then throughout the book shares trivial precarious information.

All the flying on the Falklands is organised around having constantly 2 planes available for the QRA. What I find gripping is the knowledge that – at 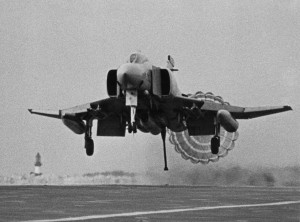 present thus 34 years long- the Argentinians have never tried to test the British with fighter jets. This has been done a couple of times with ‘slower’ planes like a Lockheed Electra with or without the combination of marginal weather conditions on the Falklands. A lot of tax money for not much action… But the British have in Europe more to deal with the QRA in relation to the Russians, who do not cease with their Bears and other flying gear.

David Gledhill writes detailed –what else would you expect from a former navigator?!-, nicely and relaxed. In fact it is not an exciting book, but all information left and right is alternated with interesting personal adventures, historical facts or knowledge of the islands itself. He describes how things factually were and came round and has delivered with this book a good ‘historical’ piece, which especially describes the activities from the RAF on the Falklands from 1982 onwards. Mainly for them who are interested in the RAF operation there and the developments around the islands in the historical context, it is a beautiful book! The book is, by the way, very nicely designed with a pretty cover and good paper. Also not unimportant! David, I hope that in the meantime, back home in the UK, you may now ‘sit on Q’ for more relaxing matters?! 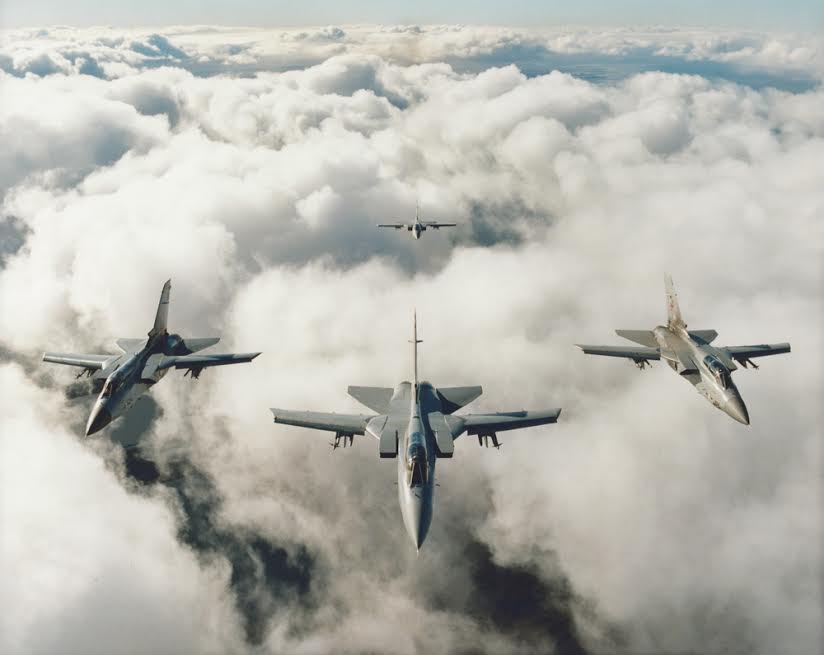