This book is really like bringing the birds to the cat! About 30 years ago, in my spotting days, you could regularly find me at RAF Wildenrath, 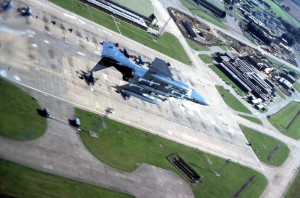 positioned in West Germany, westerly of the Ruhr area. The Lightning’s were phased out and the 19th and the 92nd squadron flew with… Phantoms! For those I developed a great fondness and for the RAF and flying in general. Even Dave Gledhill flew there in the ‘80ies, just before my time, unfortunately. Than this book really comes in hard and low with full AB!

This is not just a book about the Phantom fighter jet as such. Dave Gledhill describes from his experience and career at the RAF about the role of this fighter jet and what it meant for the daily practice of the crews who flew with the Phantom and the people who made this possible. Dave Gledhill does this from his hearth, from his own experiences as navigator, with passion and respect, by which he doesn’t shy off about his own disgraces. Beautiful!

The author already obtained his pilot license when he was 17. From then on, being the 26th of March 1976, the Phantom took possession of Dave. Because on that day he flew on it for the first time as navigator together with his Wing Commander of the 228OCU (Operational Conversion Unit) at RAF Coningsby. It all went very fast and Dave now has only vague images of it. So much impression made the many facets of flying in a Phantom on him. This is logical when you consider that he practised on the Varsity, Dominie and 12 hours on the Jet Provost before that. 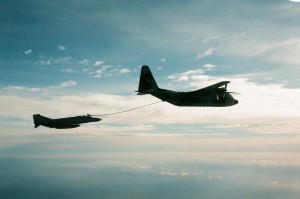 Dave Gledhill let all the aspects of the Phantom within the RAF pass by. From the cockpit till armament and from trainers till Quick Reaction Alert and from –of course- the Phantom in RAF Germany, the Falklands and the Mediterranean Sea area till the re-fuelling in the air. He does this with just enough detail, not too much and not too less and everything seen and witnessed by himself. The author writes nicely ‘organic’ and the book is very well readable for the readers who are quite into aviation as well as for readers who are not so familiar with it yet. There are all kind of beautiful details of the flying and especially those of the Phantom. I really enjoyed the description of the night landing on Mount Pleasant on the Falklands by which an overshoot had to be made because a voltage dip in the equipment of the air traffic control arose shortly and they had to land with arresting gear. They managed to let the  Phantom stood still after 600ft. Also there is beautiful information about the Quick Reaction Alert missions (QRA) which sometimes took 7 hours from Leuchars to the area between Iceland and the Faroer islands, which always popped up just before lunch or just after a good coffee ;-). Dave Gledhill would ‘Q-sit’ for years, in vain, until he ones, during a detachment from Cyprus, was scrambled with fake ammunition by two IL38 ‘Mays’. Then you surely have done it for something!

About the time at Wildenrath – the 80ies- the author tells interesting details which, amongst others, also go about the ‘cultural problems’ between 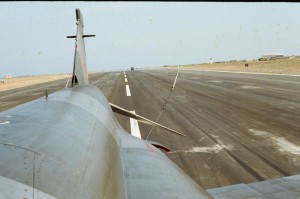 office- and flying personal, the colour of the paint of the buildings, the fact that the Phantom’s formed the 3rd line of defence after the Hawk- and Nike-missiles (never really thought about that than!), the numerous exercises and the low flying. Somewhere, I guess in 1987, I would proudly sit with 2 friends of 17 years in the crew room on the large red chairs and drinking tea from the big mugs of the crew. A bit later two Phantoms and two Belgian F-16’s taxied away before our eyes, ready to depart for a dogfight. I still remember it very well! Of course my parents were called the day before our base visit by the security of the RAF Wildenrath with the question if it was correct that our names were in their systems and what it was about! The processes of the Security department were anyway correct!

The properly bound book with 286 pages with letters in the correct font size contains a large amount of good pictures in colour and black and white, which partly have been shot by the author himself and printed on good quality paper. They are pictures of the Phantom’s in action but also on the ground, intercepted Russian planes, missiles, cockpit, target playing Canberra’s, low flying and used flying maps etc, etc. The innumerable pictures from the RAF world really complement the book.

Dave Gledhill settles himself with this book really amongst the better authors of aviation books. Great job and ‘watch six’!!…this was only his first book!! 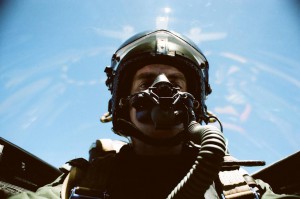 @Photos posted with permission of the author