Where to start with a review about this book? No idea actually, but I will just begin at the bar, were Sticky Lewis-Sgt William Charles Lewis was found a lot in ’43 to – as I assume – cope with everything the experiences as flight engineer on the Lancaster’s he flew. At that bar it often got a bit out of hand what made that he more than ones – after promotion – was degraded again from Flight Sergeant to Sergeant… Whilst Lewis had done his ‘tour’ of 30 ops already and didn’t have to fly anymore, he did continue. His flight to Lutzkendorf was his last. His aircraft was gunned down above this city by Flak (Flugabwehrkanone – anti aircraft cannon).

Gordon Thorburn makes it with this detailed and readable bo 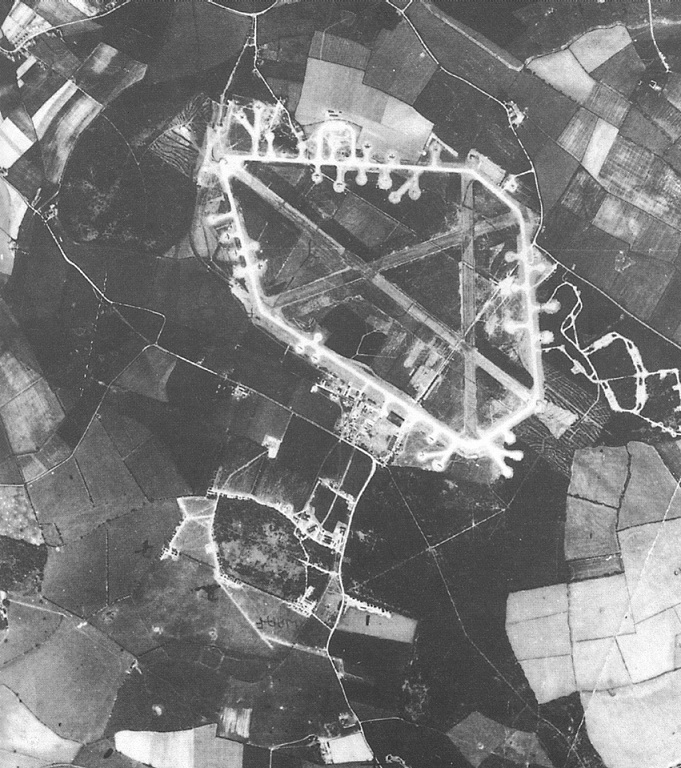 ok possible to get into the world of the people and their ‘Lancs’ of the Bomber Command (BC) and then specifically also the world of the crew and operation of Lanc W4964. When you read this book you are with your mind back in the dark times of World War Two. Times in which the allied of then believed in the power of the bomber. Whilst Hitler believed in tanks and hunters to get more life space, his opponents believed in a combination of hunters and bombers to let him come down.

In each Lancaster sat 7 crew members. It often were men in their 20’s that had learned to fly in the USA, Canada of South Africa and after that quickly had come into a literally crazy  world; a world in which Commander Harris was at the stir of the Bomber Command and were by flyable weather practically every day raids took place in the direction of cities in Nazi- Germany. Goal was to distort the industry that supported the war machinery of Hitler.

It was cruel times in different perspectives. On the ground w 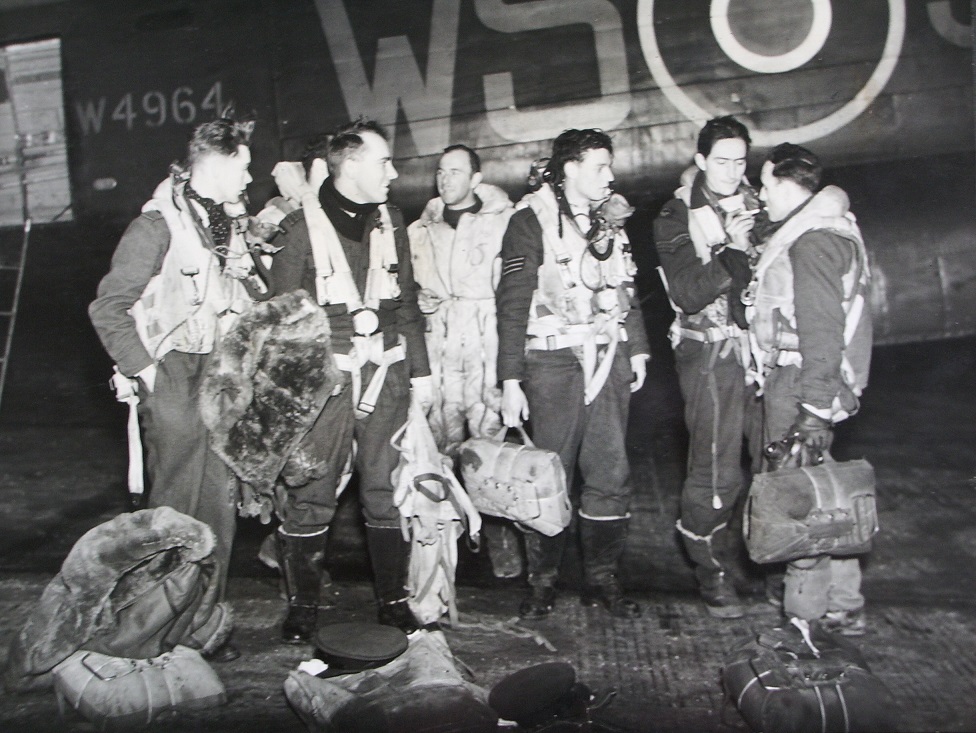 ere not always only the planned strategic goals hit. But trough bad visibility or just because it was difficult to aim, there were a lot of civilian victims at the German side. Whole cities were bombed. On the side of the allied it was also no fun and that is an understatement. At the raids – were often hundreds of airplanes took part in – was an acceptable loss of bomber 5%. Sometimes it was a bit more, sometimes also less. By 800 airplanes in the air and 5% loss, this came to about 40 Lancs that were either shot down by Flak or German fighters or the Lancaster’s collided on each other or made a crash landing on the 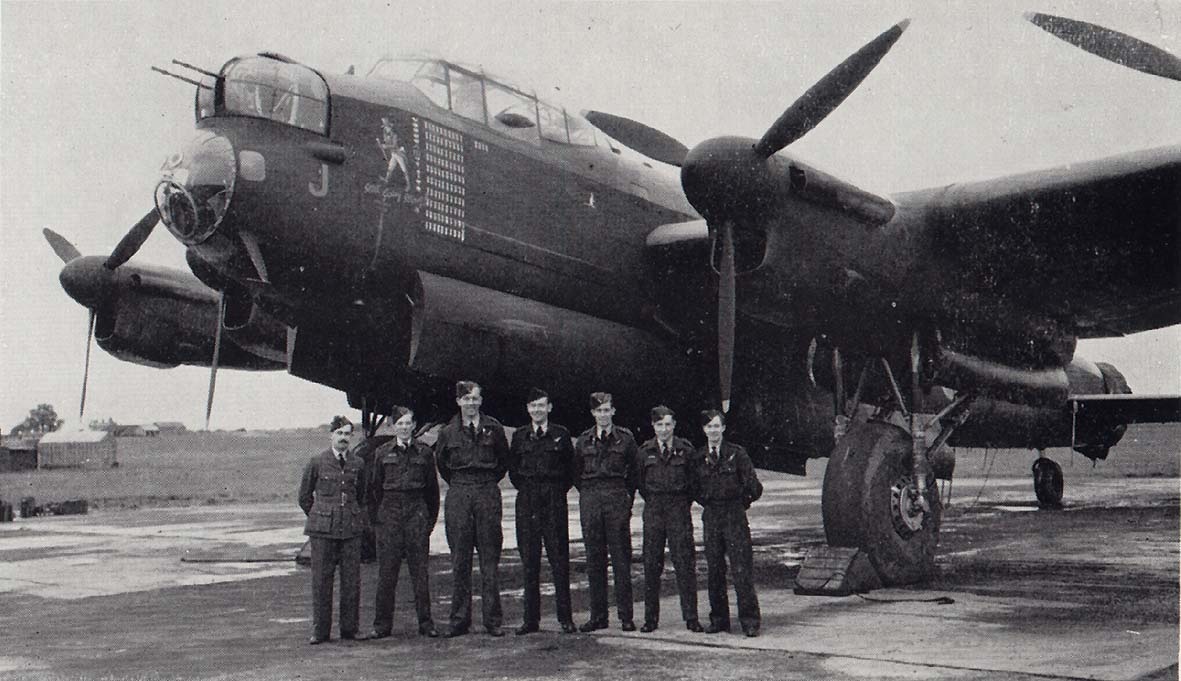 English main land after occurring damages on the in- or return flight. So it could happen that after a night flying easily 280 people were missing at breakfast the next morning. Count your chances for surviving! In total, 9000 airplanes (yes you do read it right) from BC were lost and an enormous amount of people lost their lives or got wounded. 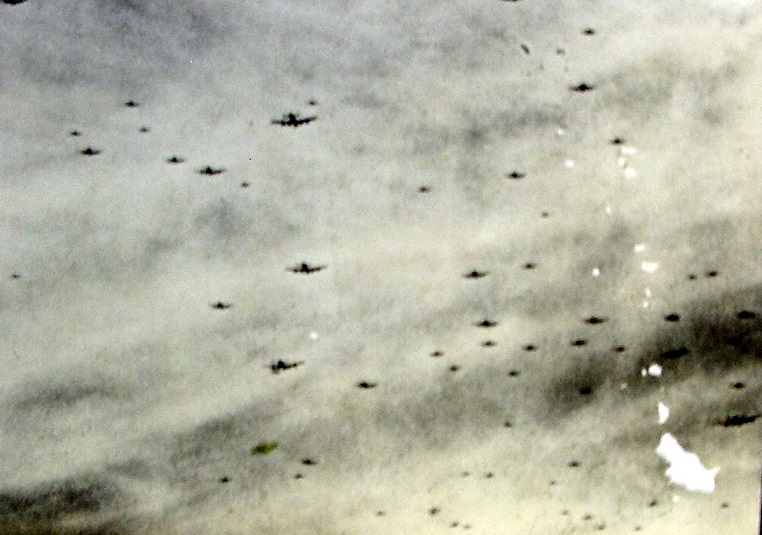 from Berlin and back by the English coast a thick mist had arisen at the east coast. A lot of crew members made a bail out or crashed in the mist. Nowadays it is world news when a single fighting plane goes missing above unfriendly area! Times do change.

Through the book you read parallel to the history of W4964 about the notorious history of Bomber Command. The chapters are also enriched with quite some nice pictures. Gordon Thorburn has delivered a more than interesting book, with a lot of data about people who flew along, the log books that were kept, the daily operation and a lot more. Tribute to that.