Gary Wetzel’s A-10 Thunderbolt II Units of Operation Enduring Freedom 2008-14 is another of Osprey Publishing’s wonderful aviation history books. These books contain high-quality photographs and clear text, often consisting of compelling narratives from pilots. In addition, one of the great features of this book series is the thick paper on which the books are printed.

Brief History of the A-10

The Fairchild Republic A-10 Thunderbolt II got its name from the P-47 Thunderbolt, a fighter-bomber from the WW II era that saw action as a 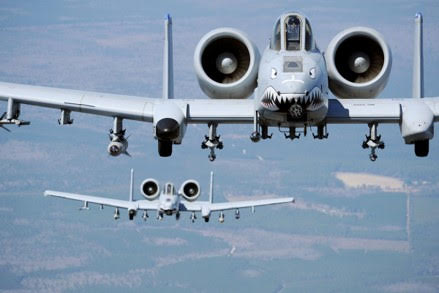 The A-10 was nicknamed “warthog” after an aggressive feral pig. The aircraft replaced the very effective, but long-lived Douglas A-1 Skyraider. The A-10 was designed to take off and land on short runways, was produced from 1972 to 1984, and is still in service.

The A-10 was devastating in Operation Desert Storm, destroying Saddam Hussein’s tanks and other military vehicles. It also served in the former Yugoslavia and later in the Gulf War, and most recently against the Taliban, in Afghanistan.

The A-10 is a unique airplane in many ways. Even its unconventional design points to its role and effectiveness as a rugged and agile ground-attack aircraft.

The airplane has high clearance under its low-mounted wings. This allows for easy bomb-loading access. Its twin engines are placed at the back of the fuselage in order to provide ample room for ordnance up front.

The airframe of the A-10 is one of the most rugged ever constructed. The airplane has close to 2,000 pounds of titanium plating around the cockpit. Even its cockpit glass canopy is bullet-proof. The A-10 was designed to survive considerable ground to air fire. Its fuel tanks are couched inside the fuselage.

In 2011, the A-10c configuration was completed, which included all-weather capability and Helmet Mounted Integrated Targeting (HMIT) and several other upgrades. 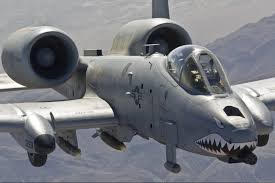 The A-10 is primarily a ground attack aircraft that can fly very low to the ground and loiter for long periods of time, depending on the necessary cover of ground troops. For this reason, the A-10 is an airplane capable of great maneuverability at low altitude and speed.

Perhaps the most distinctive and lethal weapon of the A-10 is its 30mm armor-piercing Gatlin cannon. This is a weapon that was created to pierce tank armor. This is why many people call the A-10 “the tank killer.” The aircraft is also equipped with AGM-65 Maverick air-to-surface missiles and AIM-9 Sidewinder air-to-air missiles. 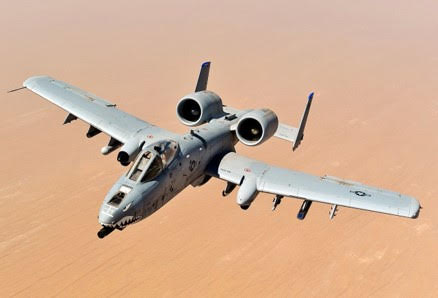 Being delivered too late to serve in the Vietnam War, the A-10 first saw action in 1991, in the first Gulf War. The battles fought in Iraq and Afghanistan by A-10 pilots and the maintainers of the aircraft are a testament to their battle readiness training.

The main focus of A-10 Thunderbolt Units of Operation Enduring Freedom 2008-14 is the human stories of the people who operate the A-10, not so much the aircraft. There are many other good books written about the A-10 that concentrate on the aircraft. One of these, perhaps the best one in my estimation, is Rick Stephens’ 1995 publication Fairchild A-10: Fighting Warthog.

The “enduring freedom” portion of Mr. Wetzel’s book title begs the question of the continual need for ground attack aircraft. One unit describes a hair-raising, 90-minute mission that demanded the pilot fly at an altitude of 300 feet. Regrettably, enduring means that Western democracies cannot get complaisant in the defense of freedom, wherever it is threatened.

The units that operate the A-10 thunderbolt, whose stories frame this excellent book, make up a tapestry of stories whose heroes are beings of flesh and blood, not the formidable machines they operate, as good as the latter truly are.