Nice book this is! It immediately draws the attention through her handy size with a Spitfire, in colour, on the front page. The book is a picture report of the RAF Westhampnett from the time of the Battle of Britain (from the 10th of July 1940 and which endured about 3,5 months) and later with a strong focus on the Second World War.

By the way, the field lies at the South coast of England by Chichester and nowadays is called Goodwood Aerodrome. A ‘regular’ airport, because you 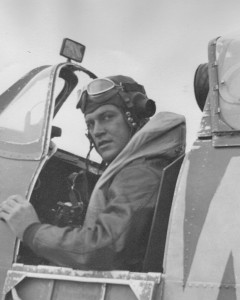 can ‘just’ fly to it, but also a special airport because it has a rich history and a racetrack that has been built around the airport. On the map it lies just left of the famous Tangmere, which no longer can be recognised as an airport. Little fact: Author Mark Hillier flies himself on Goodwood.

The book counts more than 200 pages and more than 250 black and white pictures. It is built up along 6 chapters and these chapters zoom in on, primarily, the harsh battle in the Second World War. Of course the Battle of Britain gets elaborate attention, but also the function of the field further along in the war as start base of the many attacks the allied carried out on the European continent. A lot of pictures with interesting side texts tell, with maximum expression, how much did happen. Too much to write down here, but a sad fact is that a lot of people on those pictures have not been able to pass on the stories of the war. 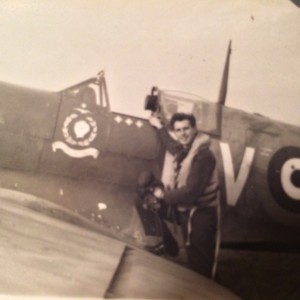 Mark Hillier has gathered for this book a beautiful collection of pictures. The pictures do not only show great airplanes but also a lot of beautiful faces of fantastic people. Faces that smile, faces that are earnest and especially also faces that show commitment and companionship. The author has orientated himself broadly and engrossed in the history of the field and especially also in the history of the people on the pictures. This gives interesting explanations and texts about missions, the daily life, accidents, etc. Impressive is the list of squadrons that were stationed on the field.

Mark Hillier has brought Goodwood Aerodrome and especially those who fought from this base, a beautiful tribute with this book bursting with interesting historical details.