It was about time, I thought, to subscribe to this special English Club! Not only was I interested in this ‘Official Club’ because of my love for piston engine sounds, but moreover is my membership a tribute to those who fought, fell and survived during the Second World War for the freedom we nowadays still experience. The events that we at present, November 2015, endure in Europe and the Middle East are again the proof that the freedom for which has been fought so hard between ’39 and ’45 is not an obviousness.

When you become a member of this club for 25 English Pounds, you are rewarded with some nice gadgets, monthly newsletters and also a 75 page 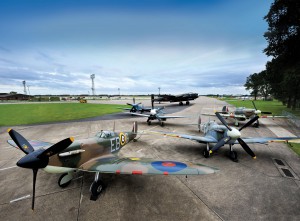 The articles are interesting and informative. This Journals highlights, amongst other things, the new Commanding Officer Andy ‘Milli’ Millikin, who replaces Squadron Leader Dunc Mason. The other articles tell about the airplanes and their role then and now. What than instantly strikes in the article ‘Lest we forget’ is that the RAF and the Royal Flying Corps have lost more than 100.000 people since 1914, of which alone already more than 70.000 during the Second World War and 16.000 later. Enormous numbers that form the dark side of the romanticism that the club radiates with her airplanes.

More really interesting articles describe doctors within the RAF throughout the years, experiences when flying a Spitfire, the ‘new’ Spitfire TE311, the history of Lanc PA474, the tribute to ‘The Few’ on 10 July 2015 above London and perhaps the most important factory ever: ‘the Spitfire factory’. 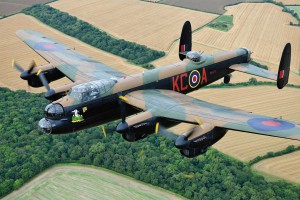 What I found a very great article was the article of guide ‘Peter Rowland’ of the Visitor Centre of the BBMF. He describes a dialogue between a guide and a visitor in 1990, who, when seeing the Spitfire P7350, asked whether he could touch it. At first this was not allowed, but later it was, because it appeared that this man during the war had constantly re-armed this plane and thus knew the plane really well! The man became the centre of attention during this guided tour. He told about his special connection with the plane and what the plane had been through. The number in registration appeared to be the same as the telephone number of the woman he had fallen in love with in the war and with whom he later married. It was exactly 50 years ago that the plane went out on its first mission and now the man was here on this guided tour. You can just see it in front of you! I would have loved to have been on that specific guided tour.

To be short, a beautiful Journal of a captivating club! A trip to England in 2016 is already planned: I do want to see, smell and hear the planes of the BBMF again! More information about this club can be found on http://www.memorialflightclub.com and also on Facebook, Twitter and YouTube.