Recently my eye fell on this book with a fighter jet on the cover and then I want to read it! Of all the aviation books that I read, this one is a bit odd but tasty, because it doesn’t only cover special aviation history, but also separately tells about the history of North Korea.

The book is originally English and written by Blaine Harden, who previously has written a book about someone who had escaped from a prison camp. Harden came 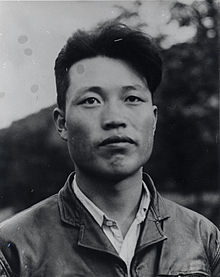 in 2012 into contact with ‘fighter jet pilot’ No Kum-Sok (further referred to as ‘No’) and based on interviews, analysis of documents- which for a long time had to stay secret- and a previous book about the escape, he wrote this particular story. It is a story about someone who –just like many more North Koreans- was unhappy with the regime of Kim Il-sung and came into an exceptional seductive situation to escape in one of the brand new, by the Russians delivered, MIG’s and toyed for years with the thought just to do it!

The book starts with a part of interesting history of North Korea, Kim Il-sung (further referred to as ‘Kim’) and the family of the boy who later would become a fighter jet pilot during the beginning of the last century. It makes clear that it weren’t easy times with Japanese in the country which had the authority till into China. A short bit of history…. Kim flees beginning of the last century to Mantsjoerije in China and later to East Russia. He makes himself legendary in Korea through an attack on the Japanese who then, after their capitulation in 1945, redrew from Korea. The Soviet-Union than marches into the north of Korea and the Americans do the same from the south. The rising of North- and South Korea is from then on a fact. Kim is presented by the Soviets as manager of North Korea. In 1948 No attends a lecture of Kim and decides to act like a fanatical communist. Kim asks Stalin if he may invade South Korea. Stalin does allow this, but ensures that he will not come to the rescue when things go wrong. Kim invades South Korea and pretends that the United Stated has begun; a nasty war follows and No decides to apply with the Navy and hopes in this way to evade service at the infantry. The Americans totally destroy North Korea with their bombardments, leaving a lot of civilian deaths. The Russians decide to deliver MIG’s and No is selected for a training to MIG-pilot. 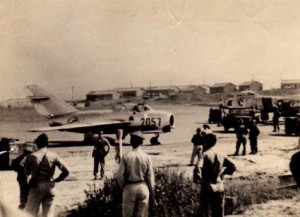 The story of No is special. Where he initially grows up in a well-off family, his world gets less pleasant when everyone must love communism or must pretend to love it and need to watch out for being betrayed. That world becomes a lot crueller through the very hard military training with poor food and hard studying under bad circumstances. Because rather soon there are no Navy ships left, he and a dozen other colleagues are selected for the pilot training and so he finally ends up in a MIG15. Interesting are the details about the flying characteristics of the plane. With the first versions of this type the on purpose stalling to practise a spin, was certainly not harmless. The buttons in the cockpit were hard to operate and sometimes, at the slightest touch, the plane would became incontrollable because the plane was not totally symmetrically built!! Oh yes, and you needed to train your biceps daily because of the enormous heavy control of these first versions. And like this you will read in this book about countless – to us- absurdities of Kim, his regime, the training and the life of No, the war and the MIG’s.

The book reads easily and the writer goes through the history of Korea and the carrier of No, by giving in turn attention to each. Two good maps of Korea have been incorporated in the book, which make it all even more understandable. The writer gives a glimpse into the life and experience world of No who long awaited his chance to escape. Just when it all seemed impossible, an incredible opportunity came along which he grabbed with both hands, to the big surprise of the Americans…or just not! And what did the Americans now exactly need to do with No? No knew it! 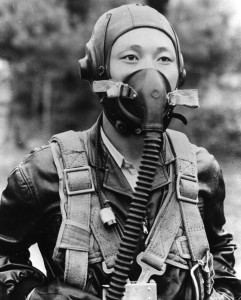 Blaine Harden writes objectively and doesn’t fear to also criticize the actions and politics of the Americans. The built up of the story is clear and quotes of Kim, No, Stalin, all kinds of documents etc. give a beautiful depth to it. The pictures make the story complete. If you solely look through aviation googles to this book, it could have been a bit more about aviation, but despite the fact that this is not really the case, it still is a very remarkable and readable book in which I have totally gone up. It fills up a special part of the aviation books – firmament! By the way, when you search on the internet you will find videos of No, his life and of the MIG and the test flights of the MIG made by the Americans.